The IP survey delineated chargeability anomalies (Chargeability +20Mv/V) that are coincident with shallow historical gold mineralization as well as a prominent magnetic low that has been designated the Mustajärvi Fault Zone. The IP anomalies extend to a depth of at least 200 metres. This is significantly deeper than historical core drilling (~40 metres vertical depth) that targeted the Central Zone. The most significant chargeability anomalies are located southwest and northeast from the historical drilling along the strike of the Mustajärvi Fault Zone.

“This was a very successful geophysical survey,” commented Carl Löfberg, Chief Executive Officer of FireFox Gold. “By integrating these data with the results of our recent Bottom of Till sample program and ground magnetic survey, we have outlined several high-priority targets at Mustajärvi that will be drill tested in the near future.”

Discussion of IP Anomalies (Refer to map below for locations):

This IP Survey detected chargeabilities that are consistent with the presence of sulphide minerals such as pyrite or pyrrhotite. For instance, anomalies that are associated with a chargeability high, resistivity low and magnetic high, could be caused by magnetic pyrrhotite.

In the near future, FireFox plans to test the identified IP anomalies by diamond core drilling to determine if the Mustajärvi-type mineralization extends along strike and to greater depths than currently known.

Additional details on the project are available in the technical report filed under the Company’s profile on SEDAR and on the Company’s website, here.

FireFox also reports that it has applied for, and been granted, an additional 1,372 hectares of exploration reservations adjoining the existing Mustajärvi exploration permit.

The 2D Induced Polarization survey in the Mustajärvi project area was conducted by GRM-services Oy Ltd. (GRM), a well-known independent exploration geophysics company based in Vantaa, Finland. GRM planned the work in conjunction with Petri Peltonen, Exploration Manager of Firefox Gold. The survey utilized a dipole-dipole survey configuration, with a = 50m and n-values varying between 0.5 and 15.5. Electrode locations were positioned with a standard Garmin GPS. The IP transmitter was operated in time-domain with a 50% duty cycle at 0.125 Hz (2 seconds on/2 seconds off). The survey crew collected a minimum of three repeat readings at each station.

IP data processing and quality control were performed with Geosoft Oasis Montaj© software. The geophysicists generated pseudosections of the data by gridding the derived chargeability (M) and apparent resistivity against pseudodepth locations. The interpretation included 2D-section models of the data, produced through 2D-inversion methodology with UBC DCIP2D software.

The Company is not aware of any factors that could materially affect the accuracy or reliability of the data disclosed in this news release.

Dr. Petri Peltonen, Exploration Manager of FireFox Gold, is a qualified person as defined by National Instrument 43-101 – Standards of Disclosure for Mineral Projects. Dr. Peltonen has supervised the collection and interpretation of the technical data generated in the Company’s 2018 field program at the Mustajärvi Project and has helped prepare and approve the technical information in this news release.

Patrick Highsmith, Certified Professional Geologist (AIPG CPG # 11702) and director of the Company, is a qualified person as defined by National Instrument 43-101. Mr. Highsmith has helped prepare and approve the technical information in this news release.

FireFox is a non-listed reporting issuer in British Columbia and Alberta focused entirely on gold exploration in Finland. The Company has entered into option agreements with Magnus Minerals Ltd., a private prospect generator company in Finland, through which it has options to acquire 100% interests in several projects (subject to an NSR royalty) that currently encompass approximately 104,000 hectares, in addition, to approximately 4,000 hectares of exploration reservations and exploration permits held directly by the Company. In order to complete the combined options, the Company must invest CAD $4.0 million in exploration on the properties and make cash payments to Magnus totaling up to CAD $450,000 over the course of the two separate three-year option periods.

Finland is one of the top mining jurisdictions in the world as indicated by its 1st ranking in the 2017 Fraser Institute Survey of Mining Companies. Having a strong mining law and long mining tradition, Finland remains underexplored for gold. Recent exploration results in the country have highlighted its prospectivity, and FireFox is proud to have a Finland based CEO and technical team.

NOT FOR DISTRIBUTION TO U.S. NEWSWIRE SERVICES OR FOR RELEASE, PUBLICATION, DISTRIBUTION OR DISSEMINATION DIRECTLY, OR INDIRECTLY, IN WHOLE OR IN PART, IN OR INTO THE UNITED STATES. 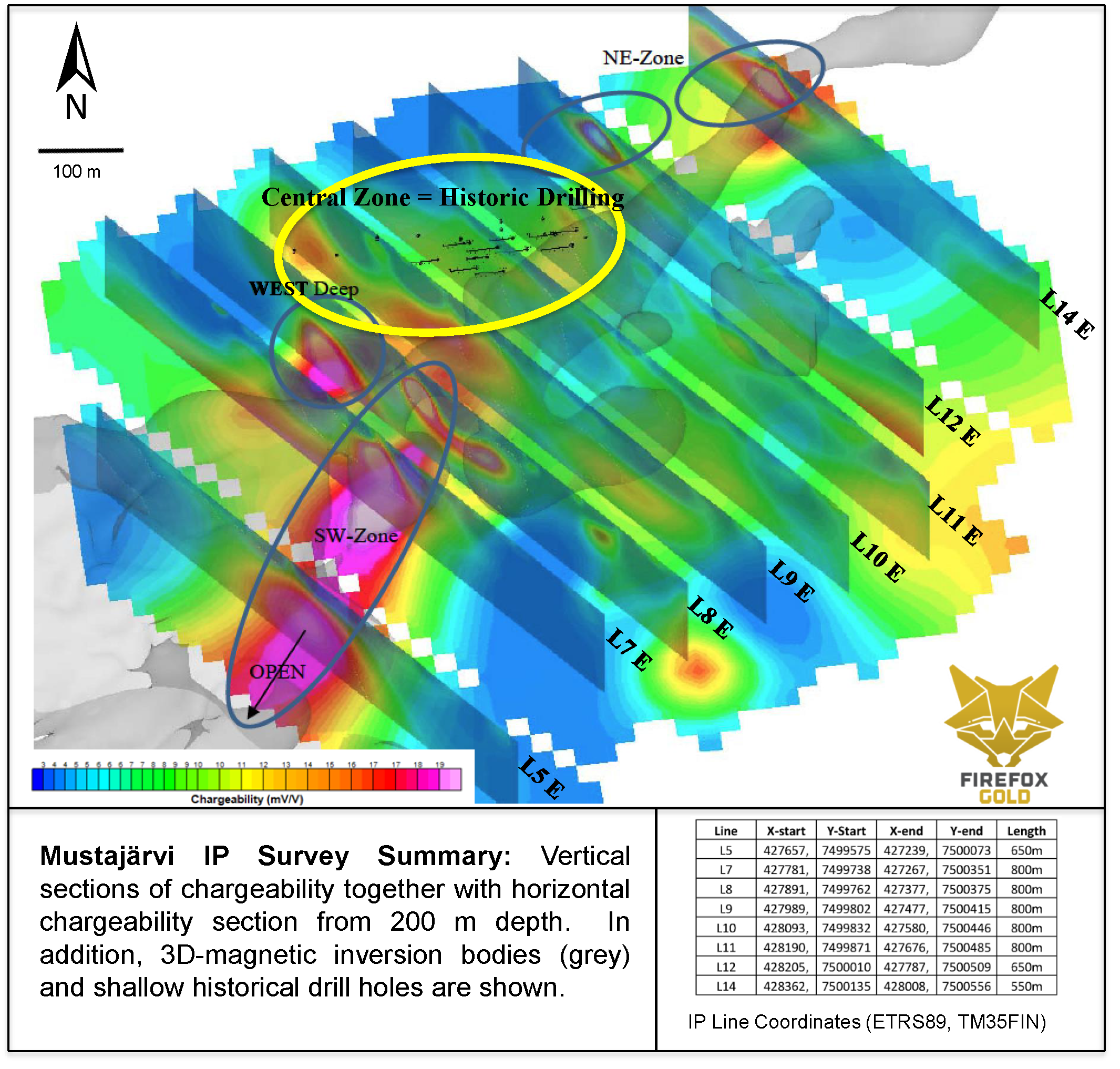